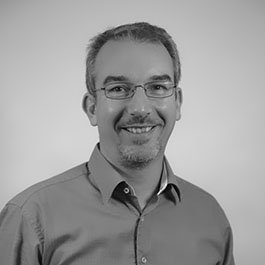 Alain Bandi is an engineer in geomatics and has worked in the intellectual property field since 1997. He joined Novagraaf in Geneva in 2018.

Alain obtained an education in the mechanical and electrical field before becoming an engineer in geomatics at the Canton de Vaud School of Engineering. Subsequently, he worked in the Patent Department of a large industrial firm based in Lausanne for six years, where he acquired extensive experience in the design and improvement field of packaging and printing machines.

Alain then left the industry in 2004 to join an intellectual property firm in Geneva where he managed the portfolio of a major client working in the development of laser machining. He developed his skills by dealing with inventions in the field of watchmaking and medical devices.

In 2011, Alain joined a Kudelski Group firm in Nyon, which specialised in digital security, where he worked on inventions in signal processing for pay television.

Alain graduated from CEIPI at the University of Strasbourg in 2002 and has been qualified as a Swiss Patent Attorney since 2011.

Alain is a member of AROPI (French-Speaking Swiss Association of Patent Specialists).

Alain’s areas of expertise are the drafting and defence of patent application client interests in examination procedure, prior art searches and patentability studies, defence of EP patents in opposition proceedings before the EPO, freedom to operate studies and technological intelligence.