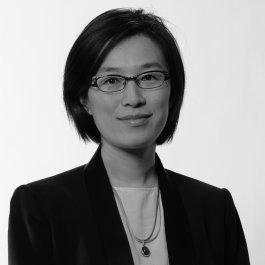 Dan Shi is a Patent Engineer and she joined Novagraaf Technologies in 2019.

Dan obtained a master’s degree in telecommunications engineering and a master’s degree in intellectual property law from the University of Melbourne in Australia. She also obtained a degree from the Centre for International Intellectual Property Studies (C.E.I.P.I), majoring in patents in 2018. Dan started her career as an engineer in telecommunications at a multinational telecommunications company. She then began her IP experience by joining a large firm in Beijing with a particular expertise in intellectual property law. Dan has been a Chinese Patent Agent since 2012. After having practiced IP law in China and in France, she joined Novagraaf Technologies in 2019.

Dan advises clients in preparing and prosecuting patents in telecommunications, in the computer software and electrical fields. Dan is the principal author of an article on how to accelerate patent grants in Europe, published in China IPR daily. She also published an article on Lexology on revision of the patent examination guidelines in China in 2017.

Dan is a member of the ACPAA (All China Patent Agent Association).