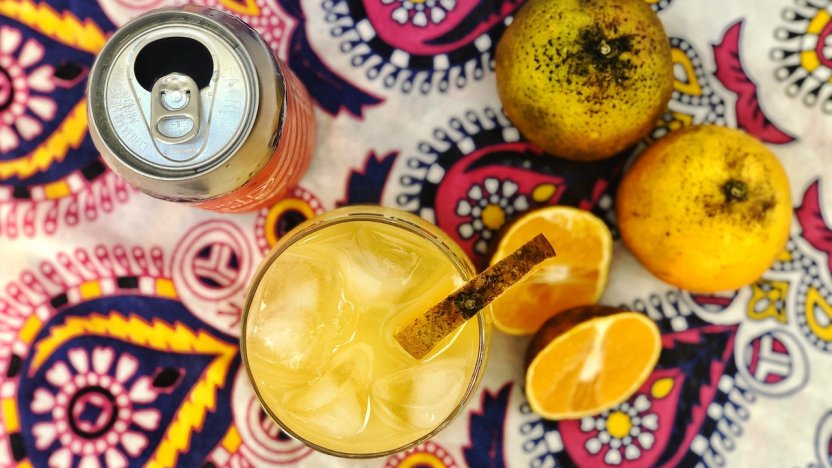 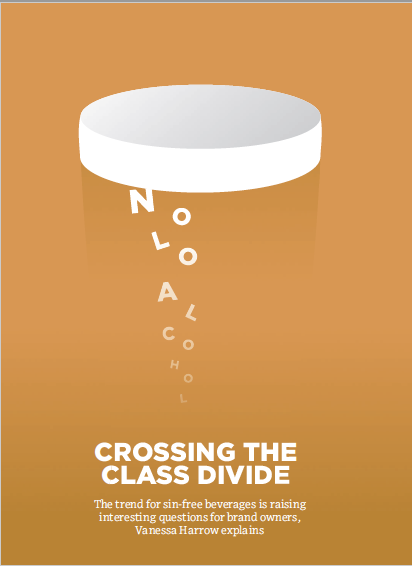 This article first appeared in the September 2020 edition of CITMA Review, the magazine of the Chartered Institute of Trade Mark Attorneys. For more information, please visit citma.org.uk.

The popularity of no and low alcohol 'sin-free' beverages is raising interesting questions for brand owners, says Vanessa Harrow.

Alcohol sales may have peaked during the COVID-19 lockdown, but wider industry trends suggest a move towards more health-conscious no and low alcohol beverages, or 'nolo' beverages as they have come to be known.

Alcohol-free social initiatives such as Dry January and Sober October, plus a 'generational shift in attitudes towards alcohol', have helped to drive this trend. One in three young adults are cutting down their alcohol consumption, and a record 23% are choosing complete abstinence, according to research by the Society of Independent Brewers released in March. Meanwhile, alcohol-free spirit alternatives such as Seedlip (now owned by Diageo), Ceder’s and Stryyk have changed the way we drink our G&Ts at home.

Yet this new and booming category of drinks raises some interesting questions for producers, retailers and IP professionals. Is a no-alcohol drink the same as a soft drink, for example? Is a low-alcohol beer a sub-category of beer or more closely related to low-alcohol alternatives to wine and spirits? And, what does that mean for brand strength, registrations and enforcement strategies?

Retailers have so far tended to group low and no alcohol products together on supermarket shelves, positioning nolo beer alongside nolo wine and spirits. In other words, while alcoholic beer, wine and spirits are in their own distinct categories, nolo is a sub-category of its own, with low and no alcohol versions of those products grouped together.

This tallies with the way these drinks are marketed and consumed: ie, as 'healthier' alternatives to alcohol, as opposed to a new type of soft drink. However, this does also mean that low- or no-alcohol variants of alcohol categories that have traditionally been kept separate (eg, beer and vodka) are now beginning to be mixed in shops.

In bars and pubs, though, nolo products are often grouped with their traditional alcohol-based equivalents. This is particularly true of beer brands. No  and low alcohol beers are often available on tap next to a punter’s usual alcoholic craft beer, for example.

Low alcohol drinks fall under class 33 in the Nice Classification system, with the exception of low alcohol beer (class 32). Similarly, the drinks that we used to know as 'alcopops' fall within class 33, although 'beer-based alcopops' fall within class 32, as do non-alcoholic mixers that are used together with alcoholic beverages (such as ginger ale, soda water and other soft drinks).

Historically, “the classification of beer in class 32 [was] not based on its low-alcohol content but rather on its characterisation as a soft drink alternative” (Nice Classification Criteria 320002). This is because at the time the Classification was established, beers were often sold by the same companies that produced and/or sold soft drinks.

In other words, the classification is not about the technical nature of production or the level of alcohol in the product, but rather the channels of commerce and the way the consumer perceives the drink. Proposals to transfer beer to class 33 have always been rejected by the Committee of Experts of the Nice Union, although it’s worth keeping in mind that the classification system is administrative and goods in different classes can still be considered similar. (When assessing similarity of goods and/or services in the two classes, the nature and purpose of the goods or services, distribution channels, sales outlets, producers, methods of use and whether brands are in competition or are complementary to each other will also be considered.)

The choice of class will depend, therefore, on the way the brand intends to position the product. For instance, even if a product is beer-based, if the intention is to market it as a low alcohol beverage which is not beer, then class 33 would likely be the proper class. Conversely, no alcohol alternatives for spirits would be registered under class 32, as is the case for Seedlip (EUTM 013021671: non-alcoholic beverages; water; flavoured waters).

From a legal point of view, it is well established that alcoholic beer (class 32) is usually considered similar to alcoholic beverages in class 33. As stated in the EUIPO decision in Opposition No. B 3 089 186 (Alain Vauthier v VESC Ltd), “although their production processes are different, these goods have the same nature since they belong to the same category of alcoholic drinks intended for the same consumers. They share distribution channels since they can be served in restaurants and in bars and are on sale in supermarkets and grocery stores. They can also be found in the same section of supermarkets. Furthermore, they can originate from the same undertakings.”

From a practical and commercial point of view, however, the risk of conflict between these categories of goods may be more manageable. For instance, spirits brands are potentially more likely to accept a somewhat similar mark in the beer category than they would in, say, whisky or wine. In other words, while it is technically possible to take enforcement action, there has generally been more tolerance and inherent coexistence between class 33 alcohol brands and class 32 beer brands. However, as both product types move into nolo versions, this historical coexistence may be challenged.

Traditionally, alcoholic and non-alcoholic drinks have been considered dissimilar. “According to settled case law, although a very large number of alcoholic and non-alcoholic drinks are generally mixed, consumed or indeed marketed together, either in the same establishments or as premixed alcoholic drinks, to consider that those goods should, for that reason alone, be described as similar […] would put a large number of goods which can be described as ‘drinks’ into one and the same category for the purposes of the application of Article 8(1) EUTMR” (Opposition No. B 3 049 343, Bodegas del Palacio de Fefiñanes v Heyday Wines).

Similarly, while “beers are similar to wines”, non-alcoholic beverages and energy drinks are dissimilar to alcoholic goods as “they do not originate from the same companies, do not share their method of use, [and] are neither in competition nor complementary” (Opposition No. B 3 072 241, Fine Wines v Zombie).

However, the change in market and consumer behaviour has begun to alter the legal position. In relation to competition between alcoholic and non-alcoholic versions, the EUIPO Guidelines have this to say: “Nonalcoholic beverages on the one hand, and alcoholic beverages (except beers), are sold side by side in shops, bars and on drinks menus, etc. These goods target the same public and may be in competition. It must be concluded that these goods are similar to a low degree” (T-421/10, ROSALIA DE CASTRO, 2011).

The decision added that: “The purpose of a non-alcoholic spirit is to enable those who enjoy the taste of the spirit to indulge without impeding their ability to drive/work or to avoid conflicting with any religious issues surrounding the consumption of alcohol […] In my opinion, as the specification of a ‘non-alcoholic beverage’ must include non-alcoholic or de-alcoholised spirits, then the goods must be considered similar to a medium degree.”

As this case reflects, products which have traditionally been seen as dissimilar are perhaps no longer so easily separated, and marketing approaches have adapted such that certain non-alcoholic beverages can now be seen as a substitute for and in competition with alcoholic beverages. The assessment of similarity must therefore also change, from both a legal and commercial perspective.

Brand owners will need to reconsider how consumers encounter their brands. For example, while spirits and beers are usually separated in supermarkets, a nolo drinks section in the same shop is likely to have a no-alcohol spirit drink sat alongside a non-alcoholic beer. Equally, a bar may offer an alcoholic cider alongside a non-alcoholic cider. This will not only affect brands’ monitoring and enforcement, but also clearance searching.

Moreover, as consumer demand for nolo beverages increases, traditional alcohol brand owners might want to review the scope of their protection to ensure it is fit for purpose. Where a traditional alcohol brand may previously have registered only in class 33, they may now need to look at broadening the scope to include non-alcoholic beverages in class 32.

Care must be taken, however, to ensure that any such move would not contravene potential settlement agreements that have been prepared on the basis of the historic market separation between non-alcoholic and alcoholic beverages. Brands that have previously co-existed without issue may also suddenly find their risk of conflict increasing.

Facing the risk of conflict

Alcohol brand owners and their IP advisers also need to take more care in assessing the potential conflict that could arise from applications covering 'non-alcoholic beverages' in class 32. Whereas previously such beverage alternatives weren’t considered a threat and/or the cost of enforcement couldn’t be justified because the commercial impact was not sufficient, nolo beverages have become a potentially lucrative opportunity. IP plays an important role in protecting that investment in innovation, of course, whether through trademarks or trade secrets, patents, designs and so on.

Take Seedlip as an example. It registered its EU trademark for “non-alcoholic beverages; water; flavoured waters” in class 32 in 2014. A trademark owner with a registration for “gin” in class 33 may not have historically been concerned by this application (indeed, it passed without opposition), but Seedlip is marketed and consumed as a non-alcoholic spirit, which means it is now likely to be seen as a commercial competitor to a traditional gin brand.

In some instances, there are also potentially tricky brand positioning issues to consider around such product extensions. For example, some soft drink brands are now looking to tap into the market for 'grown-up' alcohol alternatives, such as Coca-Cola’s collection of ready-to-drink mocktails, Bar Nøne, launched in the US in 2019.

Interestingly, this may be a relatively difficult move to make, as the branding and marketing approach to these products lends itself much more to those in the alcohol industry. In general, consumers seem to want the alcohol branding experience without the alcohol content. There are exceptions to this, of course, as some consumers might not want to drink a product that is associated with an alcoholic version, whether for moral or religious reasons.

Brands therefore need to look at the message attached to their products and decide whether they should market and promote the different products using the same/similar branding (as with Heineken and Heineken 0.0) or whether they would be better off treating them as two distinct brands and product markets.

It may be some time before we return to pubs, bars and restaurants in the volume that we did before the COVID-19 crisis, but it seems unlikely that our thirst for healthy alternatives to alcohol is likely to be quenched any time soon. Whether or not they are planning to enter this growing market, brand owners in the beverages sector would be wise to rethink their approach to brand coexistence, registration and enforcement.