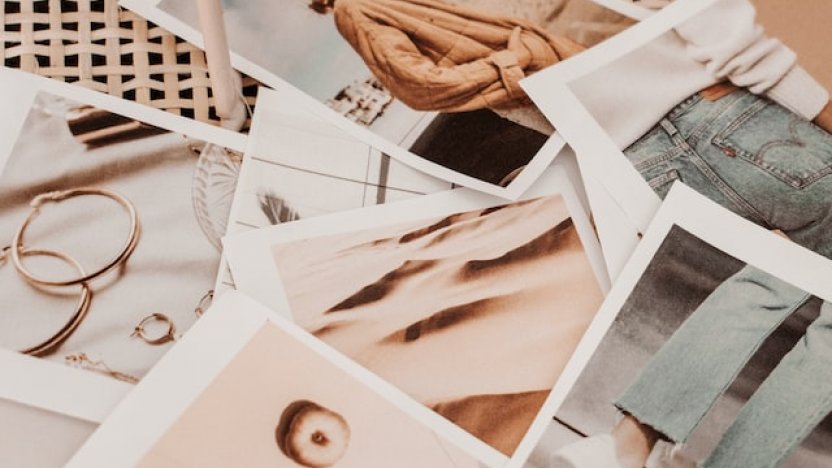 A recent finding of invalidity against sportswear brand Puma provides a valuable reminder of the need to obtain design registration within the designated 12-month grace period – and to be careful of accidental publication online, says Noa Rubingh.

A design registration gives its owner an exclusive right to the design of the product, meaning they are the only ones who can produce, supply, sell or lease the design. In the EU, applicants must fulfil two criteria to acquire a registered Community design right (RCD): it must be i) new and ii) possess individual character. But, what does 'new' actually mean? And can evidence coming from social media work against you? 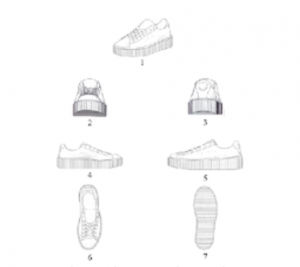 On 11 August 2022, the EU IP Office (EUIPO) confirmed a finding of invalidity against a design registration filed by sportswear brand Puma (previously ruled on 19 March 2021). The reason? A viral Instagram post by singer Rihanna in December 2014 in which she wore the same shoe, as the RCD filed in July 2016. This case involved shoes with a 'creeper' sole, which can be seen in the drawing, right.

Design registration in the EU: Novelty and individual character

Designers have wide (creative) freedom when it comes to a shoe design; the only requirement is that the shoe must fit around a foot. However, the larger the degree of freedom enjoyed by designers when developing a design, the higher the requirement is for novelty and individual character. A 'new' model needs to be significantly different from other models if it produces a different overall impression from other designs which had been made available to the public before its registration. Made available means published, exhibited, marketed or otherwise disclosed. An exception to this is if, in the normal course of events, the facts could not have been known to those working in the relevant industry in the EU. 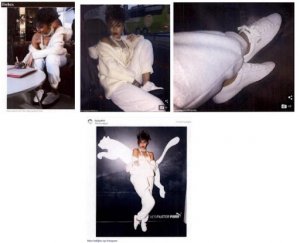 When meeting this criterion, time is of the essence, as Puma has discovered to its cost. It filed its application for the illustrated shoe in July 2016, but Rihanna had worn the same shoes in Germany and New York in 2014, as captured by photographers at the time. She also posted photos showing the shoes on her Instagram page (see examples below, left), with these images receiving more than 300,000 likes. In addition, several online media outlets picked up Rihanna’s posts and reproduced the images because they coincided with the announcement that she would begin working as a 'creative director' at Puma.

In principle, this scenario would not have been a problem if subsequent registration of the design had taken place within the designated 12-month ‘grace period'. This grace period provides designers with a window to sell or exhibit designs, without the criteria of novelty blocking a potential design registration. However, the time between this Instagram post by Rihanna and Puma’s design application exceeded 12 months, meaning the requirement of novelty could no longer be met.

Design registration and social media: Lessons to be learned

By publishing the images on her Instagram feed, Rihanna had effectively made the design available to the public before its registration. Due to the number of likes and comments on Instagram and the large external media attention surrounding the collaboration, the relevant public was even more likely to have viewed the photos.

Even though the photos do not show all sides of the shoe, such as the heel or sole, the additional features in the design application were not considered sufficient to create a different impression of the shoe from the Instagram images (which would be necessary for the model to still be considered new). From the front and side views of the shoe in the images, the main and relevant features of that shoe model can be identified: namely, a shoe with several lines and holes along the top, a closure with seven holes and thick laces, and a flat and thick, vertically striped sole. Nor does the quality of the photos detract from the revelation.

Puma’s attempt to argue that the shoes are only a small part of the photos was not successful either. It was precisely the collaboration between Rihanna and Puma that made people look specifically at the shoes.

Design registration in the EU: Tips for designers

Puma could have avoided this invalidity ruling by banning the Instagram post in advance. However, its best option would have been to file the design within the 12-month grace period; after all, the design was (as good as) ready anyway.

Celebrity and influencer marketing offers a valuable tool for brand owners and designers looking to profile their products and build customers online. However, as this recent ruling illustrates, it’s vital to ensure that any intellectual property is protected before disclosure or within the designated grace period.

Make sure you file your design rights in a timely manner. If in doubt, consult with your attorney on the best strategy to safeguard your rights.

Noa Rubingh works in the Knowledge Management department. She is based at our office in Amsterdam.