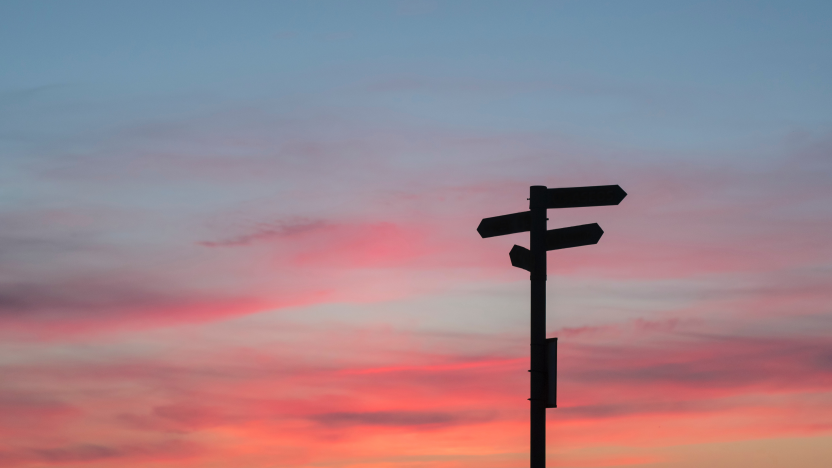 At the end of 2015, the European Parliament and the Council of the European Union adopted a new Trade Marks Directive which introduced a number of important changes to the landscape of trademarks within the EU. The member states of the EU (which, at the time of writing, includes the UK) had until 14 January 2019 to transpose the provisions into national laws. The UK achieved this by way of The Trade Marks Regulations 2018 which came into force on the day of the transposition deadline. Vanessa Harrow examines the key changes being introduced to UK law.

Previously, the UK definition of a trademark was ‘any sign capable of being represented graphically which is capable of distinguishing goods or services of one undertaking from those of other undertakings’. The new law removes the requirement for graphic representation and therefore paves the way for protection of less traditional trademarks, such as smell, taste, hologram and motion marks. As an example, the change means applicants will be able to secure protection for a motion mark by submitting an MP4 file. It is worth noting that the amendment has not simply extended the meaning of graphic representation to include new technologies but has removed the requirement altogether, thereby allowing future developments and an arguably much broader scope of trademark types.

The law still however requires the mark to be presented clearly and precisely so that others can understand and identify the mark. Indeed, a case relating to the same amendment at the EUIPO resulted in the General Court stating that the new wording is ‘more restrictive than the previous wording’.

Moreover, if an owner intends to use the UK trademark as the basis for an International application, it should be noted that the World Intellectual Property Office will still require a graphic representation of the mark, as electronic formats are not currently accepted.

As part of the examination process at the UKIPO, the examiner conducts a search and notifies the applicant of earlier potentially conflicting trademarks. While the search process will continue after the new law is implemented, the UKIPO will no longer notify applicants of trademarks which are expired.

This raises potential risks where a registration has expired at the time the UKIPO search is carried out but is still within the renewal grace/restoration period (i.e. up to 12 months from the renewal due date). If the expired registration is subsequently renewed/restored, it may then be validly used to object to use and/or registration of the later filed mark.

At Novagraaf, we do not recommend relying solely on the UKIPO search report to identify potential conflicts, we recommend conducting thorough clearance searches before filing any trademark applications.

Non-use in oppositions and invalidations

Moreover, when applying to invalidate a registration, previously the defendant could request evidence of genuine use and the relevant period for that use was the five year period immediately before the start date of the invalidation action.

A UK registered trademark provides a defence to infringement. Under the old law, if someone is suspected of infringing a trademark but the purported infringer owns a UK registration for the mark, no infringement action could be taken until the registration had been successfully invalidated. The actions were previously dealt with consecutively rather than concurrently.

The new law, however, allows the actions to be run together so the court can consider the invalidation issue within the proceedings for infringement. Similarly, it is now possible for the defendant to request evidence of genuine use within the infringement proceedings such that separate revocation proceedings are no longer required.

Moreover, the potential to take infringement action against preparatory acts for infringement has been extended to cover preparing packaging, labels and certain other materials using the infringed mark. This includes tags and security or authenticity feature or devices. In addition, the provision allows action to be taken where there is a risk that packaging and certain other materials could be used in relation to the goods/services and this helps in cases where there is some uncertainty about the intention behind the production of packaging. Similarly, the provision now extends to the situation where the person preparing the packaging was unaware that the activities were being done without the trademark owner’s permission.

Furthermore, previously, the Trade Marks Act granted an ‘own-name’ defence to infringement and this defence was available for companies and individuals. The new law removes the defence from companies and it is now only available to individuals using their personal name. Similarly, use of a trade or company name which conflicts with a registered trademark is now specifically included within the list of acts which infringe. The changes apply as from 14 January 2019 and do not apply retrospectively. Companies will therefore still be able to use the defence for any acts carried out before this date.

If a trademark owner believes fake or counterfeit goods are passing through the UK to countries outside of the customs territory of the EU, they can request the goods be detained by the customs authority. Under the new law, the burden of proof now lies with the person shipping the goods to prove that the trademark owner has no right to stop the goods being marketed in the country of destination (for instance, by showing that there are no registered trademark rights in that country).  While the shift in burden of proof is useful, it does mean trademarks owners should take steps to ensure their trademarks are adequately protected in any market in which there may be counterfeit goods sold.

A trademark owner may now rely on trademark law, rather than merely contract law, to take action against a licensee who fails to observe the provisions of a licence agreement relating to how long the licence lasts, the way the mark is used (compared to how it is registered), what goods/services are covered, the geographical extent of permissible use and the quality of goods/services provided by the licensee. The owner can still also take action under existing contract law.

Under the new law, a non-exclusive licensee will not be able to take legal action against an infringer unless they have the trademark owner’s permission. Conversely, an exclusive licensee has the option to take action directly, providing they give the trademark owner an opportunity to take action and they refuse to do so or fail to do so within two months.

If a trademark owner takes action against an infringement, a licensee can now intervene in proceedings to obtain compensation for any loss suffered. The licensee still has the option not to intervene but to obtain damages which will be held by the owner on behalf of the licensee. A licensee may therefore prefer to utilise this option, rather than incurring the cost of intervening.

When filing a collective trademark, the applicant must submit regulations which govern the use of the mark. The provisions which must be included in the regulations have been extended to include sections relating to condition of use and sanctions for misuse. Moreover, if the collective mark contains any reference to a geographical area, the regulations must allow any persons whose goods/services originate in that area to become an authorised use, providing they meet all other conditions of the regulations. This amendment will only apply to collective trademarks which are filed or amended on or after 14 January 2019. Existing registrations do not therefore need to comply with the new requirement unless and until an application is made to amend the registration.

Moreover, an authorised user may now intervene in infringement proceedings commenced by the registered proprietor. Before the amendment, the Courts could take into account any loss suffered by an authorised user as a result of the infringement and the Court could order the registered proprietor holds the damages awarded on behalf of the user.  This situation will remain and the authorised user may therefore still prefer to utilise this option, rather than incurring the cost of intervening.

The publisher of a dictionary or similar publication may, from time to time, erroneously identify a trademark as a generic term. If this happens and the trademark is registered, the proprietor can now ask the publisher to make is clear that the entry is a registered trademark. If the matter is not resolved promptly or in the case of printed copies, before the next edition, the trademark owner can apply to the court to take action. The court has discretion as to the remedies available, including an order for correction or for the destruction of any printed copies.

If a trademark owner fails to renew a registration within six months of the renewal date, they have the option to restore the registration for up to a further six months. The new law changes the test used by the IPO to determine whether to accept the request for restoration. As such, an owner will now need to explain the reasons for the failure to renew and the IPO will then decide whether that failure was ‘unintentional’. This may be considered an easier test than the old law, which required the UKIPO to consider whether it was ‘just’ to restore the registration.

Under the Trade Marks Act 1994, marks cannot be registered if they consist exclusively of:

The new law amends the wording to ‘the shape or another characteristic’ thereby extending the scope of the provision to any characteristic which is intrinsic to the goods, not just the shape.

The UK Government guidance states that this extended scope of refusal is likely to apply only to a very small proportion of marks as they are focused on the intrinsic nature of the mark itself. However, where such an objection is raised, it may be difficult to overcome and trademark owners should keep this in mind when developing new trademarks.

The practical impact of most of these changes will be only minor but a number may raise some interesting challenges for trademark owners, users and IP advisors. If you have any questions or concerns regarding the changes, please contact your Novagraaf attorney.