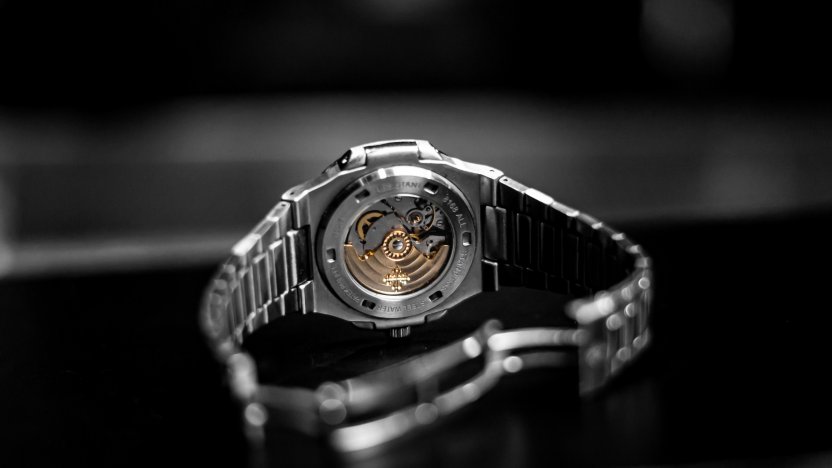 From patents protecting core innovation to trademark and design rights, IP registrations have been a vital cog in the success of the watch industry, not least when it comes to stamping down on counterfeits and other forms of trademark infringement, as Michaël Sumer explains.

According to the World Intellectual Property Organization (WIPO), the oldest still valid watch trademark was registered by the Swiss watch manufacturer Longines at the International Registry at WIPO. Originally registered in Switzerland in 1889, the

Longines figurative trademark (pictured right) was filed as an international registration (IR) in 1893. This iconic logo, which consists of a winged hourglass, has been kept in use and modernised since that time.

The registrations have been key to Longines ongoing success in the pocket watch market, with the company realising very early the importance of registering trademarks to protect brand rights and stamp down on possible counterfeits.

Counterfeits from overseas: The case of the (fake) Rolex

As one of the most famous watch brands in the world, Rolex is a frequent target for counterfeiters and has put measures in place, including Applications for Action (AFAs) to help Customs officials to detect and seize fake goods.

In one high-profile case in 2010, a resident of Denmark ordered a ‘Rolex’ watch from a Chinese website, only for that package to be intercepted by customs on suspicion of trademark infringement, confirmed by Rolex, and thereafter destroyed. However, the Danish buyer opposed that destruction, arguing that the watch had been purchased legally for personal use and so did not infringe Rolex's trademark rights. The subsequent court case came before the Court of Justice of the EU (CJEU), which was asked to decide whether the Chinese website, as the seller, infringed Rolex's trademark rights under Danish law.

The CJEU ruled that counterfeit products from a third country can infringe trademark rights that are valid in the EU. However, it must be proven that these products are intended to be traded in the territory. Since the counterfeit Rolex was sent to the Danish citizen and Rolex had protected its trademark in Denmark, the Chinese website infringed Rolex's Danish trademark rights, therefore, meaning Rolex could have the counterfeit watch destroyed.

Omega and the challenges of registering shape marks

Registrations for ‘non-traditional’ trademarks, such as shapes, are not always so easy to obtain. In 1999, famed watchmaker Omega submitted two applications to the European IP Office (EUIPO), seeking to protect the shape of a wristwatch and the 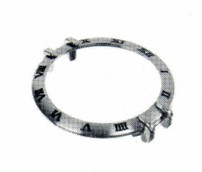 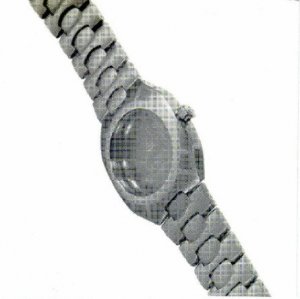 of a watch as a trademark (see images right). The applications were both refused due to lack of distinctiveness.

Shape marks are eligible for protection under EU trademark law but, to achieve registration, the shape must deviate significantly from what is common in the market. Unless markedly different, the shape of a product does not act as a designation of origin, especially if it is a generic shape, such as that of a wristwatch or bezel watch. As the EUIPO commented when refusing the application, such elements are common characteristics found in many watches.

Design law can offer a solution in cases where a shape is new and has its ‘own character’. However, the Omega watches had been on the market for years and could, therefore, no longer be considered new.

Lewis Hamilton was ultimately unsuccessful, however, because Hamilton International had been selling watches under the Hamilton brand since 1892, many years before the racing car driver was even born. In the ruling, the EUIPO also confirmed that a person has no 'natural right' to register their name as a trademark if doing so would infringe the rights of another.

Watches and trademarks in Switzerland: 'Swiss Made'

Switzerland has been known for centuries as a forerunner when it comes to the creation of quality watches and timepieces. For this reason, the Swiss government decided in 1971 to protect quality products with the ‘Swiss Made’ label with strict rules attached to its use. Swiss trademark law states that watches may only bear the Swiss Made designation if they meet the following conditions:

Based on the above conditions, the Swiss Made designation may not be used when parts come from Switzerland, but the watch itself is made in China.

The examples above illustrate how important it is to register a trademark at an early stage, and also how sensible it is to take advice on the right IP protection routes before launching a product. To find out more, please speak to your Novagraaf attorney or contact us below.

Michaël Sumer works as an IP Consultant at Novagraaf in Amsterdam.