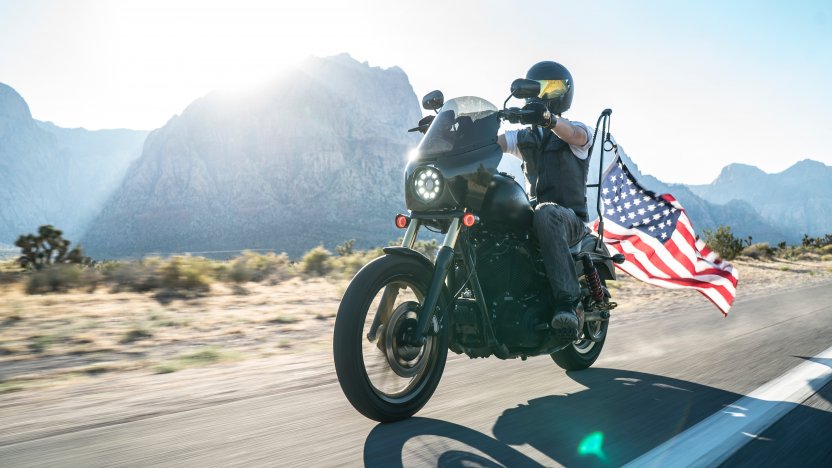 The US Department of Justice considers the Hells Angels to be an organised crime syndicate, yet the motorcycle club is pretty astute when it comes to staying on the right side of IP law.

The Hells Angels name generates a distinctive image in most people’s minds; typically, one of black leather, beards and Harley-Davidson motorcycles. But, despite its rebellious and sometimes violent reputation, the worldwide motorcycle club founded in California over 70 years ago, has taken a shrewd approach to its legal rights, creating the Hells Angels Motorcycle Corporation (HAMC) to register, protect and enforce its IP rights.

This month, for example, HAMC emerged victorious in its long-running legal battle with Redbubble, an Australian online t-shirt retailer, over the use of the Hells Angel flying skull logo on a series of t-shirts.

Angels on the road

The first Hells Angels club was founded in 1948 in California with a number of spin-off clubs coming into existence in the 50s and spreading internationally in the 60s. Today, the club has charters all over the world from Alaska to Norway, South Africa and Thailand. The main Hells Angels website currently lists 466 chapters in 58 countries.

What all the charters have in common are the principles and rules of membership, as well as the omnipresent Death Head insignia. Such has been the rise of the Club’s reputation means that when anyone ever thinks of motorcycle gangs, the first think they typically thinks of is Hells Angels.

The Angels use a system of patches, similar to military medals in their nature, to identify the status of each member, as well as specific or significant actions, or beliefs of each biker. The club’s official colours feature red lettering on a white background. Typically, next  to the Death Head (winged skull) logo, there are also symbols and/or words, such as “81”, “1%” and “Filthy Few” etc. Considering the club’s highly organised hierarchical membership, it is clear that the patch is more than merely a decoration, it is a very important symbol that Angels will do anything to protect.

In order to become a Hells Angel, candidates must meet certain requirements and then proceed through a series of stages from a 'hang-around' to an 'associate', 'prospect' and finally a 'full-patch' member.

In order to be considered, the candidate needs to pass background checks that sometimes include surveillance by private investigators, lie-detector tests and references from prison inmates. Only full members are allowed to wear the final three-piece logo patch with the winged Death Head. However, the patches remain the property of the club and they are simply on loan, so if a member leaves the club for any reason, the patch needs to be returned.

Every member needs to sign a document stipulating that anything with the club name or symbols belong to the club and not to them. Any Angel who gives up his patch without a fight is automatically voted out of the club. The club members go to very great lengths to recover the patch if it falls into the hands of law enforcement officials and there have been numerous cases brought by local charters attempting to recover their patches.

The wrong and right sides of the law

Hells Angels’ members say that they are simply a group of motorcycle enthusiasts who have come together to enjoy riding motorcycles, organise social events and take part in motorcycle rallies. However, police and intelligence agencies across the world classify the club as one of the big four motorcycle gangs, and believe that the members carry out widespread violent crimes, extortion, trafficking in stolen goods and drug dealing among other crimes.

The club’s FBI file, dating back to the early 60s and now made available to the public, contains more than 600 pages of alleged and committed criminal activities, ranging from racial violence, money laundering, riots and police officer assaults to bombing, illegal possession of firearms and manslaughter.

Since 2011, the club has been included on the US State Department’s list of criminal organisations, which also includes the Mafia and the Yakuza. However, while numerous convictions and arrests have dogged the club since its founding, the members claim that those crimes are the responsibility of the individuals who carried them out and not the club as a whole.

Despite their outlaw image, the bikers are increasingly calling on the same legal system they accuse of unfairly defining them as criminals to protect their rights. HAMC was created as a non-profit organisation in California in 1970 in order to protect the club’s brand, and it owns all of the Hells Angels’ IP assets.

The trademarks have been registered as both collective membership marks and ordinary trademarks. The first US trademark registration of Hells Angel and design for “indicating membership in an association of motorcycle” was issued in 1980, but common law rights in the mark date as far as 1948 when the club was set up. The club also owns registrations worldwide, that include International Registrations, European Trade Marks, and Chinese, UK and US trademarks, covering the Hells Angels word mark, as well as variations of the Death Head logo and the '81' word mark among others.

These trademark rights are licensed to the charters and their members who become exclusive users of the Hells Angels word mark and the Death Head logo. HAMC will not license these trademarks to anyone else under any circumstances. They consider the patch that the trademarks protect to be a mark of authenticity, and a symbol and physical possession that has unparalleled status to every member. Membership is earned not granted, and they consider it to be an insult to the club community to offer for sale counterfeited club logos or designs. As their motto says: loyalties not royalties.

Nonetheless, the club has been selling so-called support merchandise to the public for years on club websites, in stores, and at Hells Angels parties and charity events. People can buy an array of goods with the '81' logo, including t-shirts, children’s tops, beanies, bikinis, tank tops, underwear, cigars, pins, key chains, calendars and window decals.

While members of HAMC used to engage in "self-help trademark enforcement", which reportedly included violence against imposters and burning fake patches, they now broadly turn to trademark litigation to resolve disputes. In their history, the Angels have successfully sued for trademark infringement on a number of occasions, led by HAMC’s equally distinctive IP counsel, Fritz Clapp, replete with bright red Mohawk. Most notably:

It has been argued that HAMC is overly aggressive in the way it protects the Hells Angels brand. However, the club’s legal team points to the complicated process of becoming a full patch member and the significance of the patch to the members, arguing that the rationale behind each lawsuit is simply to protect the club’s interests. They do not want non-members to be mistaken for real club members, particularly if they are causing trouble.

In addition, when HAMC litigates, it says it aims to do so civilly. In an interview in The New York Times, Fritz Clapp argued that “part of the strategy is to bring shock-and-awe cases and to shine a bright light on them in federal court and the media”. He also adds that the press reporting can do as much good as the litigation itself, as it educates the public and business community that all of the Hells Angels trademarks are properly protected.

As a result of its approach to trademark infringement, the club is building up a reputation for its ability to use and stay within the law. Whether you believe this conflicts with or undermines the rebellious image more traditionally associated with the biker gang, one thing is clear: whatever you do, don’t mess with the Hells Angels.

Choosing a ‘strong’ brand name for your business can be a challenging undertaking. Depending on your market and industry, there is a risk that your preferred name will have already been registered as a trademark by a third party. But what if you choose a similar logo? Yordi van Weelden examines the topic in the context of a recent trademark dispute between two food companies in the US.

Battle of the food logos: Likelihood of confusion and device marks

Can you own the copyright to a song title? That’s the question at the heart of the recent dispute over Mariah Carey’s seasonal chart topper 'All I Want for Christmas is You'.