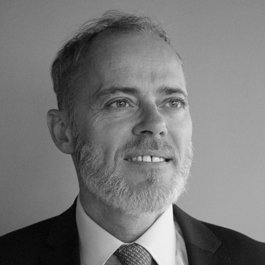 Eric started his career in IP in 1995. He subsequently joined Bredema in 2006 and then Novagraaf Technologies, due to the merging of the two offices in 2009.

Eric has been teaching applied law of intellectual property and law and innovation in the areas of chemistry, medicines and life sciences (Masters II Law) at the Université Paris-Saclay Panthéon-Sorbonne since 2007. Eric also teaches in the context of the continuing education of doctors in hospital environments, on the detection of patentable innovations in medical practice (AP-HP), as well as in seminars on medicines (IEEPI). Furthermore, Eric is an examiner for patent attorney qualifications before the INPI in the areas of Chemistry and Life Sciences.

For more than 20 years, Eric has represented clients in the fields of chemistry and life sciences, and in particular in the fields of cosmetics and pharmaceuticals, in the procedures for granting French, European and foreign patents and supplementary protection certificates, in opposition and appeal proceedings before the European Patent Office, in expert reports on patentability and freedom to operate (FTO), patent infringement and validity, in national and international pre-litigation and litigation cases, in infringement seizures, in the construction and audits of patent portfolios, in particular with a view to financial investments, in the drafting of agreements and licenses, in the implementation of industrial property policies in companies, in particular with regard to employee inventions and the securing of know-how, and in the support of start-ups on the basis of innovative technologies.

Holders of Patent Cooperation Treaty (PCT) international applications will soon be able to apply for protection of their invention in Italy without going through the European Patent system.

A new route to patent protection in Italy from July 2020

Regulation (EU) 2019/933 on Supplementary Protection Certificates (SPCs) entered into force on 1 July 2019. It amended Regulation (EC) No 469/2009 on SPCs by introducing a manufacturing waiver for generics and biosimilars within the EU.

The European Commission is seeking to make it easier to place generic drugs on the market on expiry of SPC protection. Eric Enderlin outlines the implications.