Danish dairy cooperative Arla has recovered the domain name castellocheese.co following a ruling by the WIPO Arbitration and Mediation Center. The respondent had previously registered other well-known brands as domain names with the aim of selling them for profit.

What can you do if a third party seeks to profit from your brand by registering a domain name that incorporates part or all of your brand name? Domain name dispute procedures, such as WIPO’s Uniform Domain Name Dispute Resolution Policy (UDRP), exist to enable trademark holders to challenge such registrations. 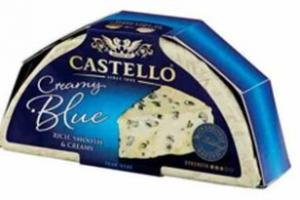 The Castello cheese brand was first established in 1893 and has been owned by Arla since 2006. The brand has trademark registrations in a wide range of countries, including China, and the domain name castellocheese.com is also registered.

This latest ruling relates to the domain name castellocheese.co, which was registered by a Hu Yifei from Shanghai, China in May 2017. The website consists solely of a page with pay-per-click links. Hu Yifei initially offered the domain name for sale for €5,000; the asking price later increased to €6,000, an amount that goes far beyond the registration fee. Hu Yifei has previously registered some 30 well-known brands as domain names, without having received permission from the respective trademark holders.

At the end of 2017, Arla initiated WIPO’s Uniform Dispute Resolution Policy (UDRP) requesting recovery of the castellocheese.co domain name. This places the burden of proof on the complainant to demonstrate the following (cumulative) requirements:

On the first point, WIPO concluded that the domain name ‘castello’ with the addition of the word ‘cheese’ is confusingly similar to the registered brands and domain names of Arla. On the second, it found that Hu Yifei had not shown it had a right or legitimate interest to the domain name castellocheese.co. On the final point, WIPO ruled that, because Hu Yifei must have been aware of the Castello brand for cheese products and that the disputed domain name would be associated with the Arla brand, Hu Yifei had acted in bad faith. In addition, WIPO stated that Hu Yifei's offer to sell the domain name to Arla for an amount well in excess of the registration costs, and the other 30 domain registrations, were further evidence of bad faith. Hu Yifei was ordered to transfer the domain name castellocheese.co to Arla.

The growth in the number of generic top-level domains (gTLDs) available for registration has increased opportunities for brand owners, but also the risk of infringement and hijacking. As the castellocheese.co dispute illustrates, online monitoring is key to ensuring that you stay on top of any malicious activity as new domains hit the market. For further advice and support, read our article ‘A strategy for domain names’.