Novagraaf's Anca Draganescu-Pinawin on the cat that grew and protected a business empire using IP rights.

There once was a cat that had such a look of disgruntlement on its face that one September day six years ago her owner’s brother felt compelled to take a picture and post it to reddit for all to see: it looked that grumpy! The cat very quickly became an internet sensation. As PG Wodehouse would have put it, anyone could see that, if not actually disgruntled, it looked far from being gruntled. Many people made memes from the picture: they took it, added a funny caption, and posted it on the internet so that others could laugh a little and pass the meme further before watching other cat videos, looking at pictures of kittens, or otherwise carrying on with their lives. 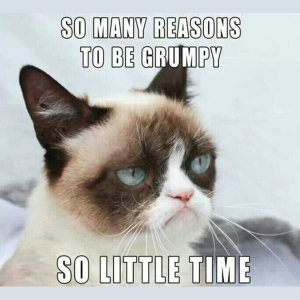 Now the grumpy-looking cat’s owner, a waitress toiling away in a restaurant, could tell a good business opportunity, no matter how sour its expression, when it stared her in the face. So, she started a company, which she called Grumpy Cat Limited. This company sold all sorts of things bearing the image of the grumpy cat: pens, mugs, calendars, even a New York Times bestselling guide to life. The grumpy cat had its own YouTube channel, website, and Instagram and Facebook accounts. It was even featured on television! The cat became famous; her owner, rich. No one could say exactly how much she had made: One million dollars? One hundred million dollars? Who knew? But if putting a simple cat picture on things everybody used every day and then selling them could make so much money, one thing was clear: if it wasn’t already, that cat picture had to be protected. Not just anybody should be able to use the grumpy cat’s image: you would have to ask the owner first. Her company would give you the rules about how and where you could use the picture, and if you broke those rules, you would end up in a lot of trouble. You see, the owner made sure to protect her money-making cat with a veritable fortress of IP rights: copyright, trademark, licensing agreements – all of these allowing you to be a part of the grumpy cat’s business, but not to make your own business on the back of the cat without permission. Otherwise, you could be dragged like a mouse into court, having to explain yourself before plaintiff, judge and jury, and maybe having to pay lots and lots of money to the grumpy cat if the jury decided that you had indeed tried to profit from the picture in a way that had not gotten the paw of approval.

This is what happened to Grenade Beverage LLC, a company that had made a contract with Grumpy Cat Ltd to sell Grumpy Cat Grumppuccino iced coffees, but then, after a couple of years, went beyond the limited rights they were granted and started selling Grumpy Cat Roasted Coffee. Grumpy Cat Ltd found out that its rights had been violated, and took Grenade Beverage LLC to court for copyright infringement, trademark infringement, breach of contract and even cybersquatting! The court ordered Grenade Beverage LLC to pay Grumpy Cat Limited more than US$700,000 in damages. That would be around 175,000 Grumpy Cat Grumppuccinos! You can imagine that the grumpy cat and her owner were happy to have had the image and all the IP made with it so thoroughly protected. Not only did securing her business’s IP rights help establish the cat's place in the market (how many other internet sensation cats can claim to be at the head of a business empire?), but it also meant that the company built around the cat could protect its brand and take significant action against any and all who might dare to ride along on the grumpy cat’s fame.

So that’s the tale of the cat who grew and protected a business empire using IP rights. And, what’s the moral of the story? Any business that thinks it has an idea worth bringing to market should protect its IP rights as if it were already generating revenue. It doesn’t matter if the idea is as simple as putting a cat picture on a mug or a t-shirt and selling it. You never know if, or when, or how spectacularly your business will take off. Besides, if you’re confident enough in the value of your idea to put time and energy and capital to pitch it to investors and others, you also ought to be as fearful of what could happen to your business if you don’t protect the IP at its heart. Think of it: if you’re not protected, you could be left in the proverbial rain while others are busy making money off your idea. And then you’d really have a reason to be grumpy.

Anca Draganescu-Pinawin is IP Counsel at Novagraaf in Switzerland