European trademarks can be at risk of revocation actions on the basis of non-use (after the five-year grace period has expired). Novagraaf’s Ardine Siepman outlines what is considered ‘genuine use’ and the evidence needed to support such use.

As we have examined previously, the question of what constitutes ‘genuine use’ of an EUTM, in particular in terms of territorial requirements, is one that is frequently asked at European level.

The Court of Justice of the EU (CJEU) has held there is genuine use of a trademark if the mark is used in accordance with its essential function, which is to guarantee the identity of the origin or the goods and services for which is registered, in order to create or preserve an outlet for those goods and services. The mark as protected in the relevant territory must also be used publicly and outwardly. 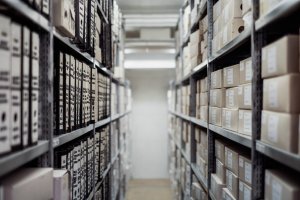 In other words, there must be use in the relevant economic sector to maintain or create market share for the goods or services protected by the trademark, as per the nature of the relevant goods or services, the characteristics of the market, and the extent and frequency of use of the mark. Use must be ‘actual and sufficient’ and must be demonstrated by solid and objective evidence. Account must be taken, in particular, of the commercial volume of the overall use, as well as of the length of the period for which the mark was used and the frequency of use.

If a trademark that does not fulfil the conditions of genuine use after the initial five-year grace period has expired, it can be (fully or partially) revoked.

In recent revocation proceedings, initiated by La Dolfina SA, the Spanish company Sipral World, SL had to prove that it had genuinely used the wordmark ‘Dolfina’ in Class 25 (T-shirts and caps). EUIPO’s Board of Appeal had previously ruled that the documentary evidence supplied by Sipral World was insufficient to establish genuine use of the contested mark. More specifically, it considered that the evidence concerning the place and extent of use of that mark was insufficient. Sipral World appealed the decision, arguing that the photography, sworn statement (by a nightclub bartender about free items of clothing bearing the contested mark), licensing agreement, invoices and marketing materials supplied established genuine use of the contested mark.

The EU General Court dismissed the appeal in its entirety, finding in particular that:

Accordingly, the EU General Court agreed with the ruling by EUIPO’s Board of Appeal that the applicant had failed to demonstrate effective and sufficient use of the contested mark.