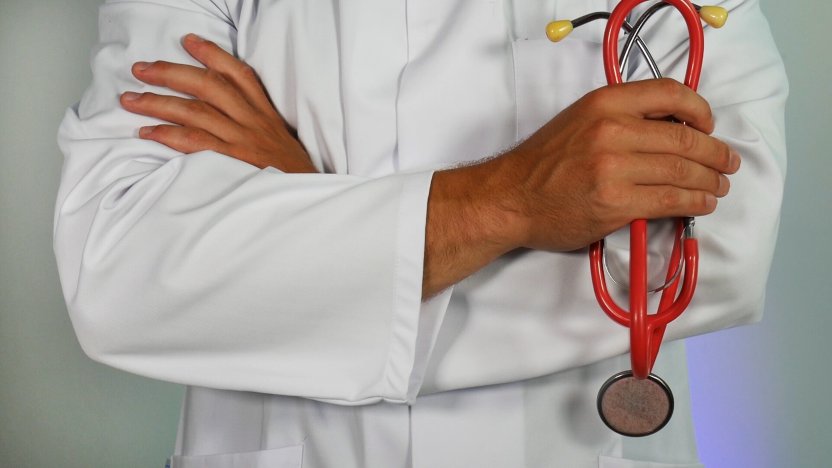 In Pharmadom v EUIPO (Case T‑502/18, 19 September 2019), the Third Chamber of the General Court dismissed the action against the decision of the Fifth Board of Appeal of the EUIPO of 8 June 2018 (Case R 6/2018-5) in opposition proceedings between Pharmadom (Well and Well) and IRF (MediWell). In brief:

On 5 February 2016, IRF filed an application for the registration of the following EU trademark in Classes 3, 5, 1 and 35:

On 19 August 2016, the applicant, Pharmadom, filed an opposition against this application based on its earlier rights in the French word mark WELL AND WELL and the French figurative mark shown below:

On 3 November 2017, the Opposition Division rejected the opposition in its entirety on the ground that there was no likelihood of confusion.

On 2 January 2018 the applicant filed a notice of appeal with the EUIPO and, by decision of 8 June 2018, the Fifth Board of Appeal dismissed the appeal. The Board of Appeal carried out an assessment starting with the earlier French word mark WELL AND WELL and found that the relevant territory for examining the likelihood of confusion was France. Second, as regards the relevant public, the board confirmed that, in the present case, the relevant public would display a level of attention ranging from average to high. Finally, regarding the comparison of the goods and services, it confirmed the Opposition Division’s assessment – which was not disputed by the parties – that the disputed signs were in part identical and in part similar or dissimilar.

In the contested decision, the Board of Appeal had considered that the element ‘medi’ dominated the overall impression of the mark applied for, although the element ‘well’ could not be overlooked. Regarding the element ‘well’, it held, contrary to the Opposition Division, that at least part of the relevant public would understand it as an English word meaning ‘good’ and, therefore, it had a low distinctiveness for the goods at issue. It then stated that the word ‘medi’ would be perceived as an abbreviation of the word ‘medicine’ and was therefore descriptive of the goods in Classes 5 and 10 and of such goods subject to sale under the services in Class 35. The Board of Appeal went on to find that the signs at issue had only a low visual and phonetic similarity. Conceptually, for the part of the public that understands the elements ‘medi’ and ‘well’, it found that the signs had some degree of similarity. For the part of the public that understands the element 'medi’, the signs were conceptually different.

Regarding the earlier French figurative mark, it could be considered even more dissimilar than the earlier word mark as it contained additional word and figurative elements. The Board of Appeal therefore ruled out a risk of confusion between the signs.

In support of the action brought before the court, the applicant submitted, in essence, that the Board of Appeal had erroneously analysed the marks at issue and consequently erred in its assessment of the likelihood of confusion. The applicant maintained that the Board of Appeal had examined the issue of the relevant public’s level of attention principally in relation to pharmaceutical goods and goods for medical use, and had not taken into consideration the fact that some services in Class 35 concern the wholesaling and retailing of the goods in Class 3 and the offering on the internet of some products in Class 3. In this respect, if the goods are intended for the general public, then the services in Class 35 related to these goods concern the same general public, which has an average level of attention, and not a "higher than average" level of attention.

Given the nature of the goods and services at issue as a whole, the Board of Appeal had found that they were aimed at both the general public and professionals with specific professional knowledge.

Concerning the structure of the signs and their comparison, the applicant considered that the term ‘well’, which is not part of the French vocabulary, was perfectly distinctive and that the Board of Appeal should not have made a distinction between the part of the public that understands that word and the part for which the term has no significance. Further, it submitted that, for some services in Class 35, the term ‘medi’ was not distinctive and that, ultimately, ‘well’ was the sole genuinely distinctive element of the mark applied for.

The General Court found that the relevant public is composed of the general public and health professionals who generally have a good knowledge of English and can in any event easily understand the meaning of certain words very common in everyday language, as is the case with the word element ‘well’. The General Court noted:

"In that regard, the court has indeed already held that the word ‘well’ may refer to the concept of ‘well-being’ (judgment of 15 December 2016, Redpur v EUIPO - Redwell Manufaktur (Redpur), T‑227/15, not published, EU:T:2016:745, Paragraph 49). The Board of Appeal was therefore right to find that, for that part of the relevant public, the word element ‘well’ has a low distinctiveness, whereas, for the public who do not understand English, it has a normal distinctiveness."

As to the distinctiveness of the term ‘medi’, the Board of Appeal had considered that that term is an abbreviation of the word ‘medicine’ and that, therefore, it constitutes the root or base of many words related to the medical field. Accordingly, that word element was considered descriptive.

The court noted in that regard that the Board of Appeal, after having taken into consideration the fact that the two marks at issue share the same word element ‘well’, had carried out a specific analysis of their differences. In particular, it had found that the two marks at issue differ, first, due to the repetition of the element ‘well’ and the presence of the element ‘and’ and, second, due to the presence of the word element ‘medi’, which is dominant in the mark applied for, as well as the figurative elements of that mark – that is to say, the stylisation of the sign and the colour blue. The board had then stated that, since the relevant public is normally more attracted to the first part of a mark, it was led to conclude that, in view of those differences, the marks in question have only a low similarity.

In addition, the Board of Appeal had found that, although the two marks at issue do coincide phonetically due to the presence of the common element ‘well’, they nevertheless differed specifically by reason of the additional elements present in each sign. In particular, it had considered that the mark applied for would be pronounced ‘medi well’, whereas the earlier mark would be pronounced ‘well and well’.

Regarding the analysis carried out in relation to the earlier national figurative mark, the applicant claimed, in essence, that the Board of Appeal had not sufficiently analysed the opposition in relation to this specific earlier trademark. However, according to the Board of Appeal, the earlier French figurative mark was not similar as it contained further word and figurative elements, which are not present in the contested application.

The court held that this reasoning, although brief, nevertheless emphasised the fact that the figurative mark in question differed from the earlier word mark, for which a comprehensive analysis of the various elements was carried out by the Board of Appeal.

The court noted that the low visual, phonetic and conceptual similarities linked to the presence of the common element ‘well’ did not offset the differences characterising the signs at issue.

The General Court thus dismissed the action in its entirety, as the differences between the marks were sufficient to rule out any likelihood of confusion between them.

This judgment serves as a reminder of the basic principle that the likelihood of confusion must be assessed globally and that the mere repetition of a single term will not necessarily create a risk of confusion.

Trademark owners are also reminded that, before initiating an action, it is essential to consider the strength of their trademarks and the distinctiveness of each of the elements making up the marks.

Florence Chapin is a Trademark and Design Attorney at Novagraaf in Bordeaux.