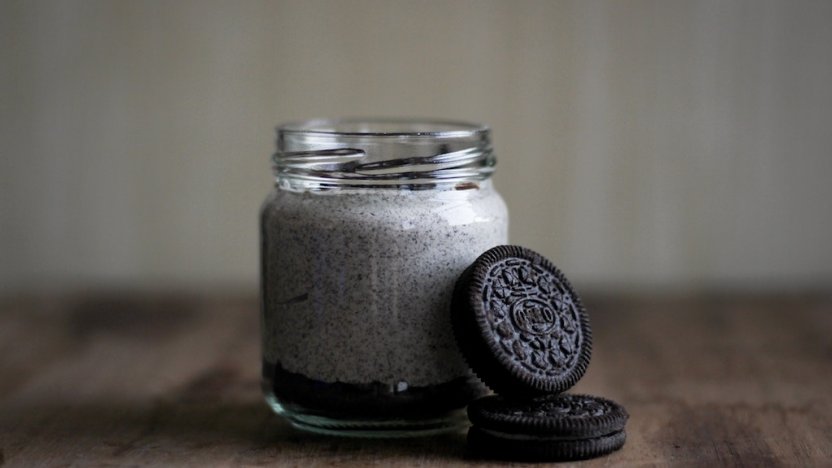 EU trademarks (EUTMs) ‘with reputation’ enjoy a broader scope of protection than EUTMs without. But, what does this broader scope entail? Novagraaf’s Timo Buijs sets out the key points of the doctrine in light of the recent dispute between OREO and TWINS.

EUTMs ‘with reputation’ enjoy a broader level of protection under EU trademark law. Trademark owners that are able to show that their EUTMs are known to a large portion of the public can not only act against younger identical and confusingly similar trademarks that are used for similar goods or services, but also against younger similar trademarks for goods/services that are not similar. However, this higher level of protection is only applicable if the use of the allegedly infringing trademark is without due cause and would take unfair advantage of, or be detrimental to, the distinctive character or reputation of the earlier EUTM.

In a previous case, the Court of Justice of the EU (CJEU) clarified what it means for a third party to take unfair advantage of such a trademark, namely: “where it attempts, through the use of a sign similar to a trademark with a reputation, to ride on the coat-tails of that mark in order to benefit from its power of attraction, its reputation and its prestige, and to exploit, without paying any financial compensation and without being required to make efforts of its own in that regard, the marketing effort expended by the proprietor of that mark in order to create and maintain the image of that mark, the advantage resulting from such use must be considered to be an advantage that has been unfairly taken of the distinctive character or the repute of that mark”.

‘Detrimental to distinctive character or reputation’

When the use of a mark, or similar mark, by a third party impacts the ability of the owner of the reputed trademark to communicate the link between that trademark and the goods and services for which protection is sought, then detriment to a trademark’s distinctive character – also known as ‘dilution’ – is said to have been caused. Reputational damage occurs when the newer trademark affects the earlier trademark in a negative way.

When does a trademark have ‘reputation’?

In order to be considered to ‘have reputation in the EU’, the owner of an EUTM must show that the mark has reputation in a substantial part of the EU. CJEU case law has established that the concept of ‘reputation’ assumes a certain degree of knowledge amongst the relevant public, but it has not laid down a specific percentage of knowledge required. Instead, when examining the question of reputation, the relevant facts of the case need to be taken into consideration; in particular, the market share held by the trademark, the intensity, geographical extent and duration of its use, and the size of the investment made by the undertaking in promoting it. 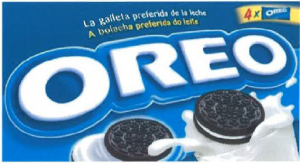 On 5 September 2018, EUIPO’s Board of Appeal (BOA) found in favour of OREO (left) in its opposition against the trademark application by Gullón, manufacturer of TWINS (pictured right). 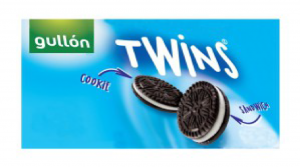 As we have previously written (‘Trademark tips: Understanding the opposition procedure’), a trademark registration enables its owner to oppose third-party applications for confusingly similar trademarks, for similar goods and/or services, on the grounds of likelihood of confusion. When assessing whether likelihood of confusion exists, the registry will assess the visual, phonetic and conceptual similarity between the marks, account being taken, in particular, of their distinctive and dominant components.

In its initial submission to EUIPO’s Opposition Division, Gullón sought to argue that the only similarity between TWINS and OREO was the use of the image of a sandwich biscuit in both trademarks. However, OREO was able to provide evidence, via a market survey, that consumers associate that particular sandwich biscuit with OREO, even when the cookie is not identified by the word mark ‘OREO’. Moreover, 73% of the respondents of the market survey associated the contested mark with OREO, even though GULLÓN is clearly marked on the packaging.

On appeal, the BOA agreed with the Opposition Division’s ruling, finding that the characteristics of the OREO trademark are reproduced in the central elements of the contested mark. Although there is a clear phonetic difference between the brand names ‘OREO’ and ‘TWINS’, the BOA held the visual and conceptual similarities to be of greater importance than the phonetic differences as the biscuits are usually sold in proximity to each other in self-service supermarkets.

In addition, it found that as OREO had gained reputation over the years, consumers will likely consider TWINS to be a possible replacement of the OREO cookies on the grounds of similar quality characteristics. In other words, TWINS is taking unfair advantage of the reputation and investment of OREO as a trademark.

If you have any questions about (enforcing) your trademark or proving the (possible) reputation of your trademark, please get in touch below.