Fashion brand fails to provide adequate proof of use for the stylised capital D it registered as an EU trademark in 1999. Ardine Siepman examines the decision.

The need to file evidence of use can crop up in many cases with the requirement to show historic use causing problems for businesses. Such was the case recently for high-street retailer Diesel, which has lost a hard-fought opposition due to shortfalls in the evidence submitted.

In 2012, Diesel sought to oppose a potentially conflicting EU trademark (EUTM) application on the basis of its earlier right, a registration for a stylised capital D (pictured left) obtained in 1999. Both figurative trademarks were filed for (among other goods) clothing (class 25) and leather goods and bags (class 18). 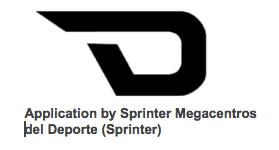 The opposition was initially rejected by the EU’s Intellectual Property Office (EUIPO), with its Board of Appeal (BoA) confirming that decision in 2015. In particular, the BOA found that Diesel’s registered mark clearly represented a capital letter D, whereas the mark applied for was more likely to be seen as a simple geometric form. However, the EU’s General Court rejected those arguments in a 2017 judgement, finding instead that the mark as applied for contained all the necessary features to be regarded by the relevant public as a capital letter D.

Due to the visual, conceptual and phonetic similarities between the marks, as well as the similarity of the relevant goods, the General Court concluded that there was a likelihood of confusion between the marks, and returned the case to the BOA. The BOA began with an analysis of the evidence of proof of use of Diesel’s earlier right.

The standard for proving use

A trademark is considered to be in ‘genuine use’ where the mark is used in accordance with its essential function, which is to guarantee the identity of the goods or services for which it is registered, in order to create or preserve an outlet for those goods and services.

Diesel supplied the following evidence as part of its opposition:

Due to the lack of quality in the reproduction of some of this key evidence (see below right from Annex 1), Diesel was requested to provide reproductions at a higher resolution. However, the BoA found that much of this supplied evidence was equally unreadable.

Indeed, the BoA found that the only evidence submitted that merited detailed consideration was in relation to ‘male and female denim jeans’, for which, at least, there is various kinds of evidence (invoice, catalogue and promotional). ’Male and female denim jeans’ was held to be an acceptable subcategory in relation to the goods in this case. However, on the basis of the products submitted by Diesel, the BoA found that there was no justification for a finding of use for ‘clothing’ in general, ‘trousers’ in particular or even ‘jeans’ as such. Indeed, it found that the evidence supplied was problematic in terms of establishing a ‘chain of evidence’ that would safely and unequivocally lead to a clear indication that Diesel has marketed its ‘men and women’s denim jeans’ under its ‘D’ trademark.

The importance of submitting evidence of use

Diesel had been given the opportunity to rectify the evidence that was originally, yet failed to do so. As a result, the BoA found that it had not met the requirements for genuine use and its opposition failed. The ruling once again illustrates the importance of submitting evidence of use both promptly and fully.

Keeping a store of evidence throughout the life of your brand will help ensure you have the relevant material ready if and when the need arises. See our top tips on preparing evidence of use for further guidance on gathering relevant evidence, or speak to your Novagraaf attorney for specific advice or support.

A recent judgement by the Court of Justice of the EU has considered whether failing to specify goods and services clearly and precisely in trademark applications is a sign that the applicant acted in bad faith.

Join us at this year's Annual Meeting of the International Trademark Association (INTA) in the United States.

Trademark event: Join us at INTA 2020 in the US