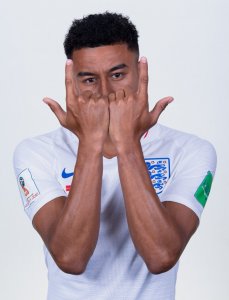 Three feature his nickname ‘JLingz’ and the other features an image of his goal celebration: Lingard places his two wrists together and uses his fingers to make a 'JL' shape to represent his initials.

Michael Freeman, a trademark attorney in Novagraaf UK’s Manchester office, comments: “Brand value has become incredibly important in football both from a club and individual perspective. Players such as David Beckham, Cristiano Ronaldo and Gareth Bale have already shown just how much income can be derived from the use of their image in merchandising, and the latest generation of players is looking to follow in their footsteps.

“Many of them are taking ‘brand’ to the next level by not only financially exploiting their name and image, but also distinctive logos, such as Bale’s ‘Eleven of hearts’ and Messi’s superhero logo,” adds Mike. “Such trademark registrations are incredibly important to protecting a footballer’s brand value, as trademark registrations are comparatively easy to monitor and enforce.”

Mike explains that without trademark registration it is much harder to act where a third-party uses a celebrity’s image without their permission; particularly where clubs and kit manufacturers find themselves the target of counterfeiting activity. “Team kit and merchandising are common targets,” says Mike, adding that football clubs will typically seek to register ‘core’ brands (such as club name, nicknames and club logo) in key global jurisdictions to provide the legal means to act against counterfeiting activity.

“The World Cup offers a high-profile opportunity for Lingard to launch his brand globally,” concludes Mike. “However, it’s important to note that registration of Lingard’s hand gesture doesn’t prevent its (non-commercial) use by a fan on the terrace or a kid kicking a ball in the park or playground.”