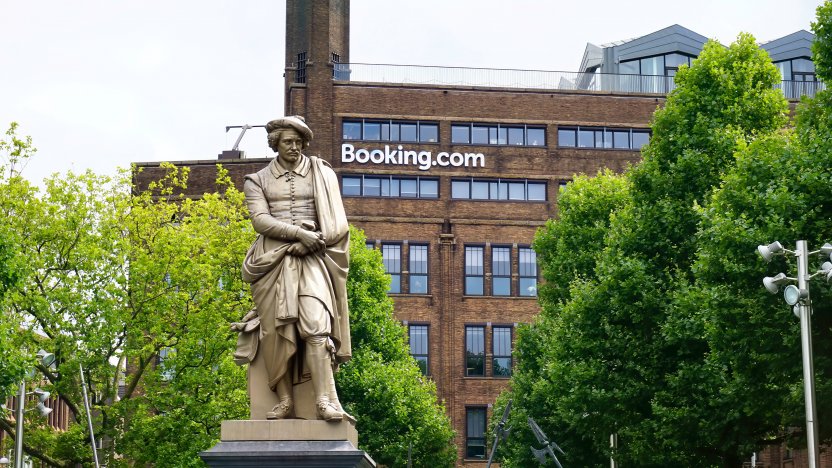 As a general rule, businesses cannot register generic terms as trademarks when they are directly related to the goods or services being offered. What does that mean for domain names, such as Booking.com?

In an ongoing battle, Booking.com is pursuing an application in the US to register its well-known domain name as a trademark.

The holiday booking site initially applied for the ‘Booking.com’ trademark back in 2012, filing four applications at the USPTO. These were rejected by the USPTO on the grounds they were too generic and lacked any secondary meaning, given the term ‘booking’ has only one meaning in relation to holiday or travel companies. The travel company has since appealed this decision, raising the debate as to whether the use of the dot.com at the end of a generic word entitles the brand name to registration as a trademark. The matter has now been escalated to the US Supreme Court, which is due to give its judgement in the coming weeks.

The US principle of genericism

The focal point of the arguments between the applicant and the authorities is whether adding the dot.com to a generic term is sufficient for registration, due to it acquiring a secondary meaning and differentiating itself from the generic industry term.

When the USPTO petitioned the case to go to the US Supreme Court, it argued that allowing the mark to proceed to registration “contravenes established principles of trademark law”, as it would not allow a generic term followed by ‘company’ to be registered, because it merely indicates that they are an association or partnership. The same argument is given for the use of the dot.com at the end of a generic word: “the same principle applies […] which denotes only that the respondent operates an online business”.

The USPTO also argued that, following precedent, no matter how recognisable the company is to the consumer, generic terms should not be granted protection, as this would prevent competitors from using those terms, as well as preventing them from using domain names that accurately describe their goods or services.

The applicant’s counter argument states that the governing laws do not prohibit generic words being registered when adding a dot.com. It argues that the test as to whether “relevant consumers primarily understand the mark as a whole as the name of a category of goods or services” stands, as long as the applicant has the evidence to support its claim.

In relation to the concern over domain names, this matter was also addressed by the applicant, which stated that “competitors realise the difficulties that holders of descriptive marks face” and believe that they could co-exist with other domain names that include ‘booking’.

The EUIPO has previously been a little more lenient in allowing the registration of generic marks in certain situations. When Booking.com applied to register a stylised mark for ‘Booking.com’ in 2007, the application faced no difficulties in respect of distinctiveness.

However, when the holiday booking site filed an application for the word mark ‘Booking.com’ in 2010, the application was refused on absolute grounds due to lack of distinctive character (Article 7 of EU Regulation 2017/1001). The EUIPO echoed the US approach in its reasoning, finding that the word ‘booking’ is a standard verb and that the ‘com’ in dot.com simply represents a designation in computing – a domain name to indicate that the mark existed as a commercial website. Therefore, the mark did not bear any unusual structure and could lead consumers to believe that it is a term used to refer to a way of booking through the internet.

Since then, however, the EUIPO has appeared to change its stance on generic words within applications. In 2015, it released further guidelines on the use of descriptive marks, which states that generic words that are represented by standard lettering or handwritten style will not be considered adequately distinctive. Furthermore, if a generic word is incorporated into a figurative mark, the design elements used must enable the mark to acquire distinctiveness by detracting the consumer from any descriptive meaning. The Office also included commentary on the use of punctuation and other symbols alongside a generic term. These also do not give rise to acquired distinctiveness for a mark.

These stringent guidelines indicate that the EUIPO is now tightening restrictions on the registration of generic marks. It is unlikely, therefore, that the ‘Booking.com’ marks would be acceptable if they were to be filed today. It remains to be seen whether the US Supreme Court will take a similar line.

For further guidance on filing trademarks to protect domain names or for any other trademark queries, please speak to your Novagraaf attorney, contact us below or read our article 'Trademarks: More than a description'.

In a recent webinar on best practices for European patents, Novagraaf’s Dr Kate McNamara joined experts from Questel to discuss the new European patenting landscape. Here, we summarise some of the key points discussed.

Protecting innovation in Europe: Which European patent filing route is best for you?