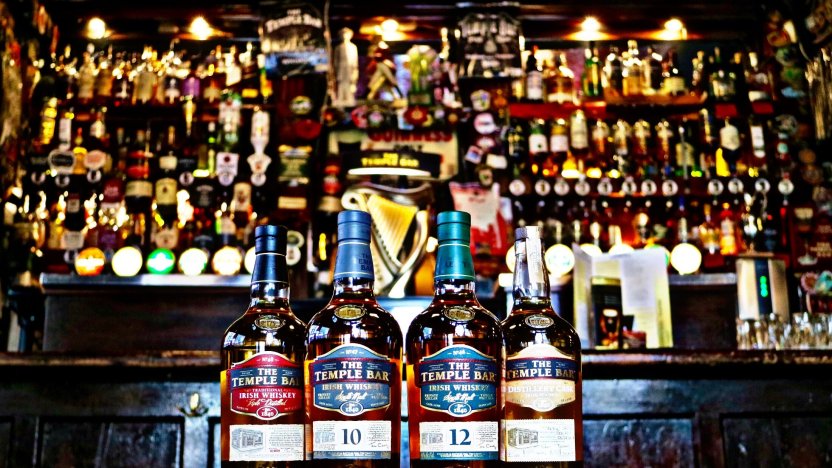 The European Commission has awarded geographical indication (GI) protection to Irish Whiskey, as well as Irish Cream Liqueur and Irish Poitín. Vanessa Harrow considers this development and the potential impact of Brexit on GI registrations in the EU.

According to the Irish Whiskey Association (IWA), Irish Whiskey is one of the oldest spirits drinks in Europe, having been distilled in Ireland since the sixth century. The drink has undergone something of a renaissance in popularity since the late 1980s and 1990s.

This led to the signing of a number of international agreements recognising the unique nature of Irish Whiskey, including the Agreement in the form of an Exchange of Letters between the EU and US in March 1994, which sought to control the use of certain product designations. Under the terms of the agreement, US regulations would ensure that ‘Irish Whiskey’ or ‘Irish Whisky’ could only be used for spirits distilled on the island of Ireland.

What does it mean to be a protected GI?

A GI is a distinctive sign used to identify a product as originating in the territory of a particular country, region or locality where its quality, reputation or other characteristic is linked to its geographical origin.

The application for status as a protected GI for Irish Whiskey was filed by the Irish Government and IWA in 2014. Following the approval of the European Commission, Irish Whiskey now benefits from the protection of Regulation (EC) No. 110/2008. In accordance with the regulation, the application for protection included a comprehensive technical file which, now approved, governs the production methods and ingredients, and links with the geographical area in question.

In addition to strict controls on the ingredients and distillation process, according to the technical file, all variations of Irish Whiskey must be produced on the island of Ireland and, according to the European Commission’s website: ‘The whiskey is matured in warehouses on the island of Ireland for a period of at least three years. The prohibition on maturing the product outside of Ireland is so strict that whiskey cannot be exported in its barrel, but instead has to be bottle or placed in an inert container before leaving the island.’

Any product which does not comply with the technical file will be prohibited from use of the protected GI. The IWA has commented that ‘this is a momentous achievement for the Irish whiskey industry.’

Brexit and the impact on protected GIs

There is still much uncertainty surrounding the UK’s exit from the EU (see our recent Brexit IP update here). With another delay being granted, the UK is now working towards an exit date of 31 October 2019, although there is an option to leave earlier if the Prime Minister can secure support for the withdrawal deal.

Regarding the protection of GIs post-Brexit, the current outcomes appear to be:

This will have no impact on the status of protected GIs.

The current draft withdrawal agreement dictates that the stock of existing EU-approved GIs will be legally protected unless and until a new agreement applying to the stock of geographical indications is concluded in the context of the future relationship.

The UK will guarantee at least the same level of protection for the existing stock of those GIs that currently applies within the EU. This protection will be enforced through domestic UK legislation.

EU-approved GIs bearing names of UK origin (e.g. Welsh Lamb) remain unaffected within the EU and therefore continue to be protected in the EU.

The current draft withdrawal agreement does not currently have government approval, however, even if the UK and EU negotiate amendments to the draft, it is unlikely that this element of the agreement would be altered.

The UK government has issued guidance to confirm that a UK GI scheme would be implemented to replace the existing protection.

Under this scheme, all existing UK products registered under EU GI schemes will automatically get UK GI status and will remain protected in the UK. Moreover, new applications would be open to UK, EU and non-EU country producers.

It is however anticipated that the EU may not continue to protect UK GI products and in the event of a no deal exit, new applications would need to be filed with the EU to obtain protection.

Similarly, producers of EU GIs may need to apply to the relevant UK scheme to secure UK GI status.

Protection of products from the island of Ireland will however by the exception to the rule and these will continue to benefit from protection as both EU and UK GIs and no action need therefore be taken to ensure the continued protection of Irish Whiskey.

Be aware of protected GIs

GIs have an important value for local communities, both economically and culturally. Each indication protected represents an agricultural, food or drink product with deep local roots, whose protection under EU law has generated significant value for its producers and the local community.

Brand owners should be aware of the protection granted by the EU GIs and in the future, UK GIs. Producers of protected products must be careful to ensure they comply with the technical file and care should be taken not to use the protected term for products which do not comply.

Taking advice in the earlier stages of your brand development, including conducting trademark searching to check the availability of a chosen mark, enable companies to assess the likelihood of dispute before a new product or service is marketed. Launching with a brand name that is already in use in a marketplace or potentially breaches registered GI protection can impact a business’s ability to market its product, even if it is ultimately successful in any legal challenge brought against it. Worse, if it is not successful, it could have to develop a new name from scratch at short notice, halt its production process, and even remove and destroy those products that have already been produced.