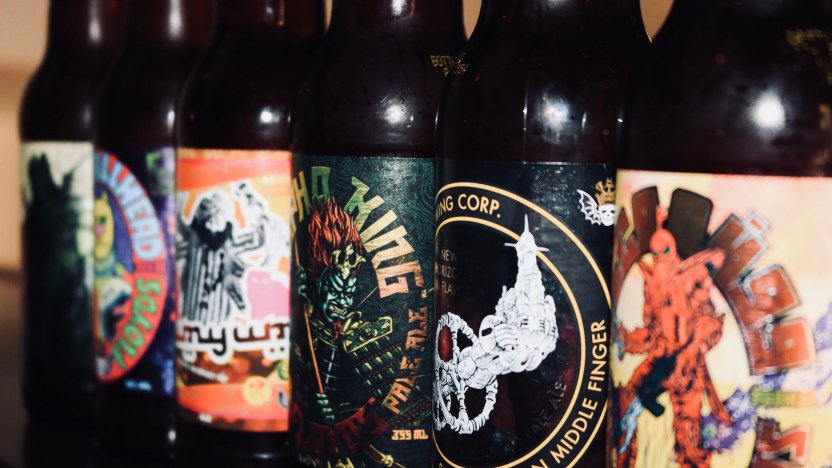 Tomorrow (15 June) is the UK’s national beer day, Beer Day Britain. In preparation for the nationwide communal cheers planned for 7pm, we take a look at some of the trademark issues around craft beer names.

Branding in the beer industry has a long and distinguished heritage. Indeed, Bass’s application for its Pale Ale label in 1876 was the UK’s first ever UK trademark registration. Since then, branding in the sector has only increased in importance, with a range of names, labels, bottles, pump clips and glasses all to be considered.

Craft beer is big business. Over the past few years there has been a surge in consumers seeking out craft beers, rather than more ‘generic’ offerings, and the number of UK breweries and microbreweries has increased rapidly. Aware of the trend, many of the large and well-established breweries have also gotten involved, as with the purchase of the UK’s Meantime Brewing Company by SABMiller, the global brewer behind Grolsch and Peroni.

What’s in a name?

From a craft brewery perspective, there are a number of trademark issues to consider. For a start, most craft breweries will start out small and local; however, if their brews prove popular, they may expand outside of the UK to the wider EU or, indeed, to the huge craft beer scene in the US. Will their brands be sufficiently distinctive to survive and/or facilitate this market growth – or will they find that their names (or confusingly similar ones) are already in use elsewhere?

In trademark terms, naming can be a challenge in a sector in which thousands of breweries and tens of thousands of brands are already competing in the global market. Add to that, the fact that beers will likely be held to be similar to other alcoholic products, such as cider, wine and spirits, and the field appears even smaller.

Unsurprisingly, there has been a number of high-profile disputes in the beer sector. The long-running dispute between Budweiser and Budvar is one of the best-known, but there are many others too; for example, the action by Camden Town Brewery against the use of Redwell Hells; the cease and desist orders sent to Laguinitas Brewing Co by SweetWater Brewing Co over use of ‘420’ in its beer labels; and the war of the white rose fought between Yorkshire breweries Samuel Smith’s and Cropton Brewery, to name but a few.

To reduce the possibility of dispute, it’s important to make sure that any name you choose has not already been registered by another party in the markets and countries of importance to you. But, before you get to that stage, you first need to come up with a distinctive moniker for your new product. Where should you begin?

Hop-based quips and plays on words are common in the craft beer sector (think Hoptimas Prime, Modus Hoperandi, Phantom of the Hopera). As are place names (Sierra Nevada, Missisippi) and puns (Rye of the Tiger, Sweet Child of Vine, Jean-Claude Van Blond).

More than perhaps in any other market, beer brand names need to be made-up words, borderline absurd or completely unrelated to any part of the brewing process in order to be available for use (e.g. Naughty Sauce, Wake me up before you Goose, Rabid Beaver, Toss My Funky Salad).

Step 2: Protect it in current and future markets

Once you’ve chosen your name, informal searches should be conducted to check whether the name is already taken. This can include internet searches and searching sites such as RateBeer.com or BeerAdvocate.com. For a more EU-focused search, the Oxford Bottled Beer Database can also be useful. As mentioned earlier, formal trademark availability searches should be carried out in each jurisdiction of interest to check for identical and similar trademarks that have already been registered).

Once you’ve checked the name is available, the brands should be registered as trademarks in both current and potential markets (trademarks are territorial – a UK trademark will not protect the name in the US and vice versa).

Step 3: Monitor and enforce your rights

The registration of a trademark right is only the first step in a longer process of protection and enforcement. Failing to enforce rights in your brand can have considerable consequences. If you do not prevent potential trademark infringement, it could be later construed as acceptance of the use of the mark.

Ensure that there are adequate procedures in place to monitor trademark registers for later applications that may be similar or confusingly similar to your own brands (trademark watching), as well as commercial watches for any launches of unregistered names.

Always speak to your trademark attorney when faced with potential infringement. We can advise on the best strategy to take. Many instances of infringement will be unintentional and can be dealt with quickly and cost-effectively if handled in the correct way.